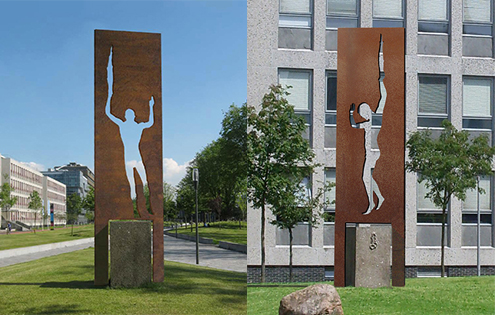 All of a sudden, our Prometheus was gone. At the beginning of 2012, the statue was stolen, presumably by bronze thieves. Now, after four years, Prometheus will once again adorn Mekel Park. The statue by artist Willem Jager will be unveiled on Friday 8 January 2016 by Rector Magnificus Karel Luyben during TU Delft’s Foundation..

On Thursday 13 September, Karel Luyben led a discussion including representatives from different corners of TU Delft, with the aim of replacing the Prometheus statue with a virtual reconstruction!

Earlier this year, the statue of Prometheus disappeared from Mekelpark and has still not been found. He misses his statue and wants to share his thoughts with you…